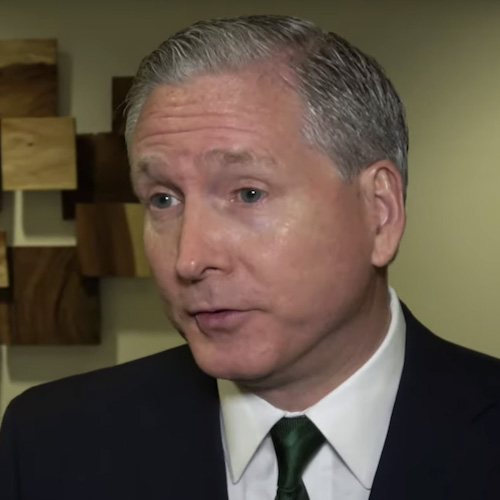 G. Brint Ryan is founder, chairman, and CEO of Ryan, an award-winning global tax services and software provider and the largest firm in the world dedicated exclusively to business taxes. He earned a combined Bachelor of Science and Master of Science degree in accounting, with an emphasis in taxation, from the University of North Texas (UNT). He has received numerous acknowledgements honoring his service and generosity to UNT, including the prestigious Wings of Eagles Presidential Award and Distinguished Alumni Achievement Award.

In 2018, Mr. Ryan was named to the Dallas Business Journal’s inaugural list of the Most Admired CEOs in North Texas, signifying the respect he has earned from peers, employees, and the North Texas community. Additionally, FORTUNE ranked Ryan as one of its Best Workplaces for Women, Parents, and Millennials, and among its 100 Best Companies to Work For® in the United States.

Mr. Ryan received the 2017 Employees’ Choice Award—recognizing the Highest Rated CEOs—by Glassdoor, one of the world’s largest and fastest-growing job sites. He ranked number 44 out of the 100 chief executives, making him the highest-rated CEO in Dallas-Fort Worth and the second highest-rated CEO in the entire state of Texas.

In 2015, Mr. Ryan was reappointed by Governor Greg Abbott to a second six-year term on the UNT System Board of Regents, which he has served as chairman since 2013 until August 2019. Mr. Ryan also currently serves on the UNT Dallas Foundation Board and the university’s Pi Kappa Alpha Chapter Housing Corporation Board.

He also founded and chairs The Ryan Foundation, a non-profit that has donated millions of dollars and countless hours of community development to charities in 65 cities where Ryan has offices.

Mr. Ryan has been designated among the Top 25 Most Powerful People in the State of Texas by Texas Monthly magazine and was named to Irish America magazine’s Business 100, honoring the best and brightest Irish-American and Irish-born leaders in the world. He has held numerous high-level government appointments that rely on his business and tax acumen to make critical recommendations on matters pertaining to tax policy in the state of Texas.