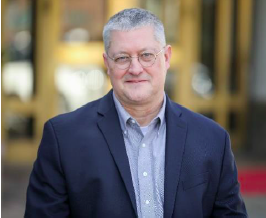 Stephen A. Ingalls joined the organization in 2010, later served as its President from 2011 to 2015, and now leads the team as its President and CEO. In addition to his strategic leadership, Mr. Ingalls leads curriculum development, program management, and oversees program execution, often facilitating engagements.

Prior to joining Catalyzer, Mr. Ingalls led and directed operations ranging from climate research in Antarctica and Greenland to attack helicopter deployments throughout the United States, Europe, and Korea. A 1982 graduate of the United States Military Academy at West Point, Lieutenant Colonel (Retired) Ingalls holds a Master of Science in Engineering Management from the University of Kansas, a Master of Military Art and Science from the United States Army Command and General Staff College at Fort Leavenworth, and a Master of Science in Aerospace Engineering from the Georgia Institute of Technology. He is a former Instructor and Assistant Professor of Aerospace Engineering at West Point and an Instructor of Tactics at the Command and General Staff College.

Highlights of his 22-year Army career include: facilitating the Army’s analog-to-digital transition in the late-1990s; the distinction of being the first brigade-level aviation operations officer in the Army’s history to lead a 4,400-soldier brigade combat team to a major deployment at the National Training Center in Fort Irwin, California; serving as a Longbow Apache Battalion Commander – responsible to form, field, train, and lead the fourth AH64D-equipped organization and first to deploy outside of the United States; and developing a 15-year strategic plan for over 30,000 Army forces throughout Korea to address Army transformation through 2015.

He won a NASA-American Society of Engineering Educators Fellowship to Johnson Manned Spaceflight Center in the summer of 1994, where he analyzed next-generation space shuttle designs. In 2010, Mr. Ingalls was admitted into Sigma Gamma Tau, the National Honor Society in Aerospace Engineering, and he received his certification as a Project Management Professional (PMP) from the Project Management Institute in 2011.

Leaving active duty in 2004, Mr. Ingalls transitioned his uniformed experience to business, supporting manufacturing and project management functions at a Kansas City-based architectural millwork firm, serving as the Associate Director for Administration at a National Science Foundation research center on climate change, and finally working for multiple federal contracting organizations as a Program Manager and Director of Business Development before assuming a full-time role at Catalyzer in late-2017.

Today, his greatest joys are his marriage to Cara, mentoring his children into adulthood, and serving gleefully as Elijah’s and Adalynn’s grandfather.